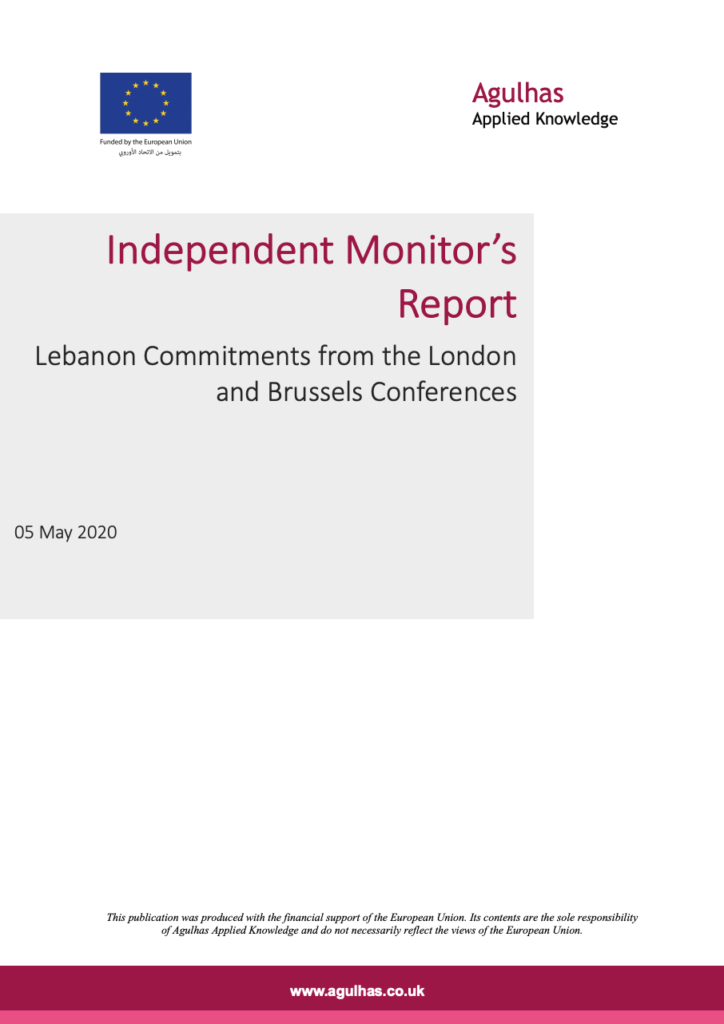 International partners have organised a number of conferences mobilising support for Syria and the region since the onset of the crisis. Since 2017 the conference “Supporting the future of Syria and the region”, hosted by the European Union and co-chaired by the United Nations, has been held in Brussels annually in April 2017, April 2018 and March 2019.

Agulhas was contracted by the European Union to undertake an independent monitor’s assessment of the commitments made by the Government of Lebanon and the International Community at these conferences, reviewing progress and challenges in terms of delivering on these commitments. This report focused on updates and trends related to the commitments during 2019, and has been prepared for the Brussels IV conference to be held in late June 2020.

The Agulhas team was made of  Annabella Skof, Harriet Gibson, Bryon Gillespie, Peter Grant and Theodora Yeung. To know more about this project get in touch with us at contact@agulhas.co.uk .