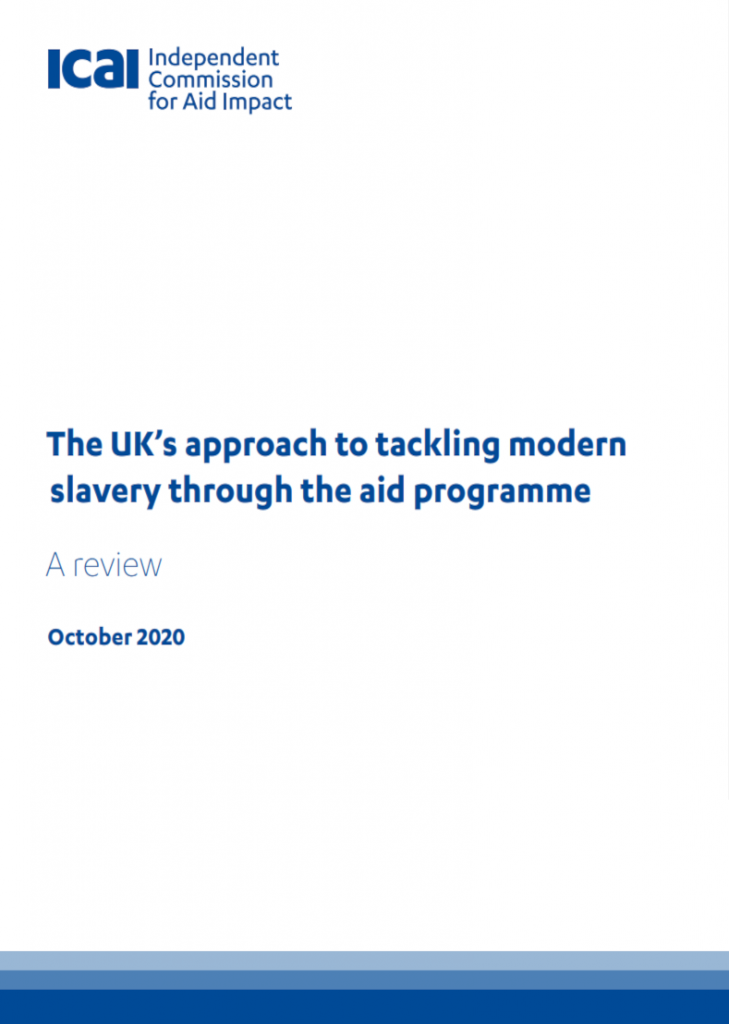 Modern slavery is a global problem that leads to appalling human rights violations and suffering. It encompasses a range of related but distinct problems, including bonded and forced labour, human trafficking (including for sexual exploitation) and some of the worst forms of child labour. It is a vast and global problem, whose hidden nature makes it very difficult to measure. Ending modern slavery, both at home and internationally, has become a significant priority for the UK government, who committed in 2018 to spend £200 million in UK aid on promoting global action. This is a “new and complex” challenge for UK aid. The government has conducted a sustained international campaign to raise awareness, including persuading many governments to sign an international Call to Action. The Home Office and the former Department for International Development (DFID) and Foreign and Commonwealth Office (FCO) have all been involved in delivering international programmes to combat modern slavery.

This review assesses how well the UK government has done in learning ‘what works’ and developing a credible portfolio of programmes to tackle this complex global challenge. It covers the period since November 2014, when the UK’s modern slavery strategy was adopted, and includes in-depth consideration of a sample of programmes, the UK’s work in two countries (Bangladesh and Nigeria) and the UK’s influencing efforts with international partners and with the private sector. 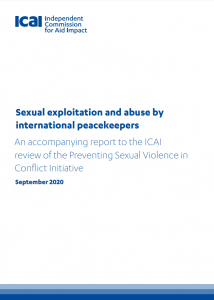 Report on sexual exploitation and abuse by international peacekeepers 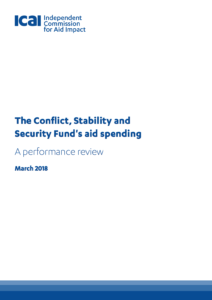 ICAI review of the Conflict, Stability and Security Fund