Mark Lowcock, former UN ‘relief chief’, has written a book brimming with insight into the workings of the humanitarian machine, the politics fermenting behind closed doors, and his own efforts to initiate reform in a system where needs are expected to exceed 41 billion dollars in 2022[1]. Launched at LSE on 19th May 2022, the book is in equal measure fascinating, shocking and maddening.

Following his years as Permanent Secretary for the UK’s Department for International Development, in 2017 Lowcock was appointed the UN’s Under-Secretary General for Humanitarian Affairs and Emergency Relief Coordinator, heading up the UN’s Office for the Coordination of Humanitarian Affairs (OCHA). This role, the most senior humanitarian officer in the sector, placed him in the midst of emergency responses to what has been some of the darkest, most brutal crises of the century. And the trend is only getting worse. On 23 May, UNHCR broke the news that the number of people forcibly displaced worldwide due to conflict, violence, human rights violations and persecution had breached 100 million for the first time in the refugee agency’s history.[2]

Lowcock’s book is a story of two halves. The first half provides a powerful and detailed testimonial of the humanitarian crises dominating Lowcock’s tenure at OCHA. Stories of great human suffering span the ethnic cleansing of the Rohingya minority in Myanmar; the violence, human rights abuses, atrocities and persecution in Syria, Yemen and the Horn of Africa; and the human impacts of climate change and natural disasters in numerous parts of the world such as the crisis in the Sahel where global warming has devastated rainfall, causing Lake Chad to shrink by more than 90%,[3] triggering conflicts over ever-rarer resources, and resulting in large-scale population displacement. Often climate and conflict amplify each other’s impact with devastating results. The common thread convincingly set out by Lowcock in his detailed descriptions of the international response is that most of this suffering is caused by belligerent men with power and guns who ‘could not care less for the people affected’ and often proactively inflict suffering to achieve a political end. The repeated and deliberate violation of international humanitarian norms make negotiating humanitarian access extremely difficult. It also makes for tough reading.

The book’s second part focuses on Lowcock’s vision for a different future – one where the humanitarian sector coordinates better, delivers aid more quickly and effectively and where money is available and adequate to meet emergency needs. For example, during his four years as head of OCHA, Lowcock observed countless repeat interventions to catastrophes such as flooding, drought and famine, many of which were entirely predictable. His point is that anticipatory action to build resilience or to mobilise response more quickly could have staved off the worst impacts of many disasters. If we change the way we look at and fund disaster response, then such anticipatory and agile approaches could become the standard,  saving more lives and spending less money.

None of the concepts and ideas Lowcock presents are new, of course. Efforts to reform the humanitarian system have been discussed for decades. With initiatives such as the Grand Bargain in  2016, agreements have been made to empower national responders, mobilise cash to people in need so they can make their own decisions, improve coordination and build working relationships between humanitarian and development agencies to dovetail their work, and shake up how donor countries provide response financing. However, the sector still has a long way to go to deliver on all of these commitments.

Lowcock’s particular call to action is on humanitarian financing. He challenges governments, multilateral finance institutions and insurers to do more to build understanding, appetite and infrastructure for insurance schemes in settings where disasters can be predicted. Such schemes can be used to pay out ahead of a crisis to limit damage (thereby reducing the costs), or can be incentivised to support work mitigating the risks. There are early examples of success in anticipatory action. In Madagascar, which has been the epicentre of devastating outbreaks of bubonic plague, the Pasteur Institute predicted a large outbreak of almost 3,000 cases in 2017 and so the UN Central Emergency Response Fund mobilised 1 million dollars to pre-empt it, which effectively stemmed the spread, resulting in only 250 cases with no spread to other countries. The 21st century data revolution has also provided opportunities in anticipatory action: A model developed by US scientists and funded by UK aid money can now predict the conditions that point to a cholera outbreak weeks ahead of time allowing aid agencies to intervene before an outbreak occurs.

Insurance schemes can be effective in managing foreseeable disasters, but could not combat wilful atrocities such as the use of starvation as a tool of war (see the military siege of Aleppo in Syria and the current hostilities in Ukraine), genocidal military action driving whole populations to flee state boundaries (see state persecution of the Rohingya in Myanmar, or the Yazidi genocide in northern Iraq perpetrated by the Islamic State) – these inhumane acts defy international norms of what is acceptable in warfare and what rules must be adhered to. Lowcock addresses the increasing breakdown of international laws including international human rights and the norms of conflict engagement (enshrined in the globally recognised Geneva Conventions) in a chapter devoted to the laws of war. He notes the use of chemical weapons (also Syria) and industrial-scale sexual abuse, rape and torture of civilians (recently in Tigray, Ethiopia, and countless other theatres of war over recent years) as further examples of the shattering of taboos and an undermining of the universal sense of moral right. There are no easy solutions, but Lowcock sets out some important ideas including energising the public debate on what is ethically acceptable in war and how states must assure better protection of civilians during conflict. Accountability for actions by military forces during conflict is hugely important, and strikes a powerful reminder in the third month of the Russian war against Ukraine where this week a Ukrainian court sentenced a Russian soldier to life in prison for the killing of an unarmed civilian[4] and the International Criminal Court has begun investigations into allegations of war crimes following the invasion.[5]

Fundamentally, Relief Chief serves two important objectives. It acts as a balanced exposé of many of the conflicting interests, diplomatic rows, challenges and compromises which took place behind the scenes during key humanitarian crises between 2017 and 2021. It is an absorbing reality check for those of us despairing over why things are the way they are. But it also delivers a well-evidenced manifesto for how to do things better. In a fluid and engaging writing style, Lowcock presents an accessible and compelling case for progressive humanitarian reform. It is essential reading for anyone interested in contributing to a better humanitarian system built on resilience and humanity. 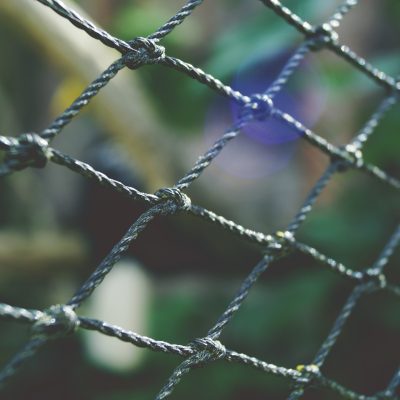 LGBTQ+ refugees: the struggle for protection - by Lauren Pett 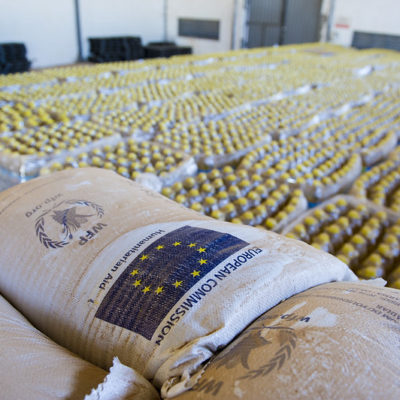 The Grand Bargain is moving the dial on humanitarian aid. But not enough – Lauren Pett