It has been a month since COP26 concluded in Glasgow, where the Glasgow Climate Pact was announced after a nervous period of negotiations forced the summit into extra time. An enduring moment – for UK observers in particular – will be that of a tearful Alok Sharma, the COP26 president, apologising to climate vulnerable nations for the last-minute watering down of the COP26 agreement text. But, as the COP president said, the process is “not about one big bang solution to climate change”[i] but about a series of international agreements, a step-by-step process that will set the framework for a global transition to a sustainable future.

These moments, though they loom large in our collective consciousness, are of course only a fraction of what substantively happened at COP26. They only tell us about a tiny percentage of the myriad of debates, dialogues, arguments and agreements that occurred over the period of the convention, taking place in the many hundreds of side events and meetings involving thousands of people. Away from the UN-managed ‘Blue Zone’ where delegates from the 197 negotiating parties congregated alongside members of the mainstream media, these side events involved a huge cross section of people, many of whom are veteran workers in the environmental space. These wider debates are often not so much focused on the big, international agreements, but on what an environmentally sustainable future actually looks like at a societal level, and how we might get there.

One of these events, which Agulhas was very pleased to support, was an Institute for Public Policy Research (IPPR) fringe event involving two workshops focused on the concept and practice of just transition. Informed by the work of IPPR’s Environmental Justice Commission, which was also supported by Agulhas, and a series of blogs looking at  of regional transitions from around the world, the workshops contributed real-life, global examples to the discussion on just transitions. After a two-year period living with Covid-19, we have a greater understanding of the precariousness of many communities around the world, and the lack of resilience across society on a global level. Discussing how we achieve truly just transition seems all the more relevant.

The first workshop focused on some of these real-life examples, with expert stakeholders working on just transition, while the second event focused on the role of civil society in just transition, featuring speakers from inspirational community-based programmes taking action in their local areas.

Each event addressed a different aspect of just transition, with some prominent learnings and takeaways shared in each session.

Just transition by the people, not for the people

Speakers came back again and again to the importance of large-scale involvement in a just transition, one that is holistic and inclusive. Most speakers referred to the need for a transition process that places social dialogue at its core. A phrase that came up throughout the session on examples of just transition, known to many in the development sector already, was “leave no one behind”.[ii] By putting people at the centre of just transition, focusing on communities and ensuring that disadvantaged and minority populations’ voices are heard in the transition, the outcome is more likely to be truly ‘just’. Transition is more likely to have buy-in from all affected communities if they have had an opportunity to feed into and shape the decisions underpinning it.

Just transitions are about more than energy and jobs

Many of the international examples of just transitions show a region shifting away from reliance on an old technology towards a healthier, cleaner, more sustainable economy. This often involves the closure of an existing carbon intensive industry – usually energy related – and finding ways for those affected by the transition to move to better, future-proof jobs. Necessarily, a lot of the focus is on the jobs and welfare of workers affected by industries facing decline, obsolescence and closure.

But a just transition ranges wider than that. When an industry declines or becomes obsolete, more people in the community are affected than just industrial workers – from supply chain and service sector workers to families and children. A transition is also an opportunity to cast the net even wider and include distribution, international fairness and inter-generational fairness – something IPPR calls for when it talks about a ‘fairness lock’.[iii] Speakers focused on the need not just to provide jobs, but decent jobs for skilled workers, safety nets for those required to upskill, and, importantly for transitions in developing countries, jobs that move people from the informal to the formal sector.

From the community organisation speakers of the civil society workshop, we saw fantastic diversity in the kinds of projects that are working towards a just transition in their own way, from community gardens and locally managed woodlands, to renewable district heating. What all these projects had in common was their focus on collective community change. Although each was completely different, they were all tools to help their community build a better, more sustainable way of life.

A just transition requires funding and management of the process

Throughout the workshops, the speakers and the audience repeatedly returned to the question of finance for just transition, and how best to coordinate transition activities. It was made clear by all speakers, whatever their unique take, that funding and process management are really important factors in any transition activity. At the grassroots level, we heard that accessing diverse pots of funding, from small innovation grants to long term national lottery programmes, had helped bring these projects to life – as well as the proceeds generated from the projects themselves when running. A key message from the workshop was that volunteering is a key part of community-led activities, as it can generate strong meaning for participants’ lives.

On a macro scale, speakers conveyed the need for significant government funding, requiring both infrastructure and social investment, coordination of often multiple ministries and importantly strong social protection systems. Funding for transition may seem large in isolation but are not when compared with the historic cost of subsidising the previous heavy industry and financing the health and social care burden required without transition. This perspective, and the future benefits of transition, make it all the more compelling. Finally, on an international scale, a number of speakers agreed that there should be a role for UNFCCC in pressing for just transitions internationally, as the concept forms part of the Paris Agreement, with one speaker advocating for its inclusion in countries’ nationally determined contributions (NDCs) for achieving the Paris Agreement’s goals.

Just transitions are unique – the principles are common, but each approach is distinct

Each just transition should be anchored in the needs and requirements of the community, and the specific circumstances that they are in. Each just transition is, by definition, quite unique. All may share a deep concern with justice, inclusivity, fairness as ideas, and work to achieve sustainability, but the method whereby this is achieved will be different. This is a strength, as each approach is tailored to meet the needs of people affected, but it is also time consuming to implement. First of all, you have to find out what those needs are, since off-the-shelf models will most of the time be a bad fit and resonate poorly with local communities’ perceptions of their needs and interest.

The power of effective communication

An overarching theme that ran through the workshops is the importance of effective communication: How to talk to people about just transition, how to bring them in, and how to create a situation where people are not just affected by the transition, but are able to take a role in it, and are able to affect the transition itself. This is a key learning point for future plans. In listening to communities, helping them to actively take part, and occupy their own role in that transition, they become involved, feel invested in it, and ultimately, trust it. This is reflected in the feedback from the citizen jurors that took part in IPPR’s Climate and Fairness panels,[iv] which went on to provide evidence used in the final report of the IPPR Environmental Justice Commission, released earlier this year.

This approach was best summed up by one of the community organisers from the second workshop:

[i] Ratchets, phase-downs and a fragile agreement: how Cop26 played out – The Guardian

[iii] The ‘fairness lock’ proposed by IPPR in their recommended new social contract advocates for placing fairness as a foundation, and that it should “move beyond a simple ‘cost of living test’ to one that is more reflective of the different costs and benefits that come with the transition”. See https://www.ippr.org/files/2021-07/fairness-and-opportunity-final-report-summary-july21-web.pdf for full details

[iv] Four citizens’ juries were convened by IPPR’s Environmental Justice Commission in 2020 and 2021 to “develop a plan of action that integrates policy both to address the climate and environmental emergencies and to deliver economic and social justice”. These panels covered Tees Valley and County Durham, South Wales Valleys, Thurrock and Aberdeenshire. 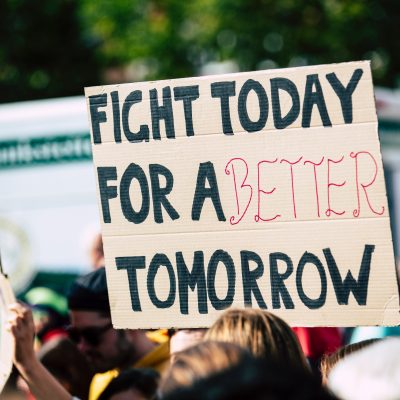