From #BuildBackBetter to Net Zero to Black Lives Matter – 2020 has been characterised by calls for a better and more sustainable future. Transition narratives have dominated much of the public conversation, with COVID 19 shifting our thinking on what a good, dignified, decent life is.

Calls for transitions also uncover cultural, social, and political decision-making patterns and biases – with our political imagination often hampered by what can be known and the inherent biases in our political economies. They are ‘make or break it’ moments – points in time where societies, more than ever, are dependent on clear, strategic, and compassionate leadership with a vision for the future.

This blog is part of a series documenting the findings from a number of events hosted in partnership between IPPR and Agulhas, for IPPR’s Environmental Justice Commission. The events explored how we can better design public policy to support a rapid and fair transition to net zero and the restoration of nature. The events sought to explore the lessons and insights from previous transitions in different countries, sectors and industries, sharing what worked and what did not in their stories of transition.

This case study looks at the ups and downs of the transition in progress in Alberta – famous as Canada’s energy province: endowed with a combination of natural gas, conventional oil, coal, minerals and the famous oil sands.

In the 2015 Alberta election, the new NDP scored an unexpected and unprecedented win against Conservative incumbents. The new government had ambitious ideas to push forward a just transition in Alberta. The new government came in with a platform to decarbonise an ageing and expensive coal sector – a process which had in fact begun before their electoral win, given the wider failings in this sector. The deadline of 2030 was seen as visionary and was subsequently taken up by other states. The government set up different community and worker funds to set about achieving this target.

Getting workers to recognise the need for, and upsides of, a just transition was hard – the initial reaction of unions and workers was to fight to maintain existing jobs. Without a clear narrative on the way ahead, this was difficult to counter. It took two years to bring anyone to Alberta from central government and two years to announce a transition plan. The big lesson was the critical role of companies: once the companies received their pay out from government, the unions and workers lost their leverage in any negotiation or planning. The Alberta Labour Federation partnered with an environmental and energy think tank to show that new jobs would outnumber the old ones, but this was not without its challenges – old unionised jobs remained a more attractive option against a new, likely less skilled and more precarious minimum wage job.

Another change of government

In 2019 the NDP lost the regional election, with a return to a conservative government without the same commitment to transitioning away from fossil fuels. Although much of the work was already taking place, and much is still going ahead, this change highlights the difference between an industrial transition, which can take decades to mature, with electoral timelines that march to a four-year tune.

Social acceptance and movements for change take time to build. For example, students in Canada from over 30 institutions are calling on over 90 Universities and colleges to divest from fossil fuels, but only 3 have done so, so far. Experience from the UK suggests that it takes some time to reach a tipping point. Eight years after a UK wide campaign for divestment began, over half of universities and colleges have now divested and many more have committed to doing so soon.

Transitions need more than the political will of a proactive government and a payouts for companies, it needs to be societal journey to something positive, not just away from something negative. Lessons from these roundtables and previous research have found that there is a need to get a broad cross-section of key stakeholders onboard, to harness their insights and preferences and to sustain the shift in narrative on what is possible and desirable.

Some green initiatives that initially faced rejection or backlash from communities are now proving successful, as the green jobs they bring and the climate science behind them is no longer in question.

For instance, the workers in the tar sands oil fields of Alberta were determined to play a part in creating a positive future for them and their families. The worker led Iron and Earth initiative has developed a four-pillar approach of collaboration, vision, training and advocacy.

The initiative develops and finds local chapters, works with them to support transition policies, develops projects and programmes for upskilling and seeks to retrofit, repurpose and reutilise fossil fuel generating facilities to green energy facilities wherever possible.

What not to do

Initial transition efforts in Alberta and elsewhere focussed heavily on male workers and white communities. But successful transitions benefit from a whole community approach: the workers, the partners, the families and wider communities all need a seat at the table.

Many fossil fuel workers are First Nation Canadians, with a different history tarred by environmental injustice and colonial violence. These workers have a differing outlook of entitlement to the wealth of the land alongside an ancestral duty to also protect it, leading to tension within and between different communities vying to break cycles of poverty and neglect. Transitions including First Nations have been historically difficult in Canada, and inter- and intra-community tensions were often exacerbated by poor consultation efforts and wider systemic marginalisation.

Embracing change for a faster and fairer transition

It is not inevitable that workers, their families and communities join the abandoning of fossil fuel assets worldwide. Change is continuous – just as we don’t rely on horse drawn carts to get around, we will not rely on oil and coal for power as we shift to clean and abundant energy resources.

If communities seek and participate in low carbon transitions, they can become better placed to influence and inform the change. In this instance many skills are transferable: electricians and engineers are needed for the clean energy sector. Renewable energy has already created thousands of jobs in Canada and has the potential to create many millions more. Alberta now ranks second in installed wind capacity in Canada and this sector is growing. A direct transfer of the skills garnered in polluting industries to green industries should be streamlined to enable Canada to rapidly diversify its energy sector further, while reducing dependence on oil sands as a source of revenue and jobs.

This Alberta example demonstrates the power of incumbency, the vital role of companies and the important role that workers and communities need to play. Disruptions and challenges of the kind that Alberta and its citizens have faced are difficult: whether First Nation, older male workers, women, or wider communities. Worker and citizen engagement and participation can shift the dial to enable better, faster transitions. In this example, errors and delays initially hindered the process, the role of the First Nation peoples was eventually recognised and the role of worker powered initiatives such as Iron and Earth continues to shine a light on the path ahead.

Catherine Cameron is a director at Agulhas, where she also leads the Agulhas Climate Hub. IPPR and Agulhas are grateful for the support of the TUC and FES in sponsoring the events in this series as part of the work of IPPR’s Environmental Justice Commission.

Photo by Filip Urban on Unsplash 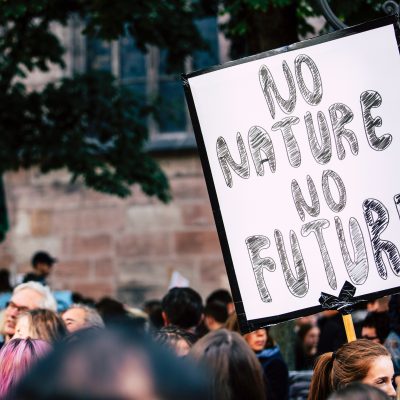