This article is the first of two on radicalisation. Read part two here.

Violent, extreme acts in the name of political or religious belief are a disturbing feature of modern life. Organised extremist groups – such as white supremacists, Islamist militants espousing Jihad, hard-line animal rights activists, anarchists and misogynist “incels”, to name but a few – share common strategies of condoning and using unlawful and sometimes violent acts in the name of their beliefs. They aim to disrupt, avenge, punish, expunge and spread fear amongst target groups and the wider population.

Psychologists continue to search for a compelling explanation for violent extremism. Grievances – both perceived and legitimate – play a role, contributing to views considered extreme, radical and outside of contemporary and societal norms. Structural inequalities such as social marginalisation, political exclusion, repression and lack of access to resources or opportunities can be associated with sentiments of victimhood, a desire to avenge wrongs, frustration and disillusionment at the lack of change, and a search for personal identity and significance.[1] However, none of these factors, either singly or in combination, necessarily leads to an individual developing a radical worldview, let alone acting on it in a violent manner. That is a very significant line to cross, and appears to require the alignment of multiple factors, conditions and vulnerabilities.

Group membership provides a relatively weak explanation of violent extremism. Young people are considered vulnerable to radicalisation, and some research suggests they may also be more sympathetic to violent forms of extremism.[2] However, contrary to some early analysis, there is no demonstrable link between poverty, low education levels and terrorism.[3]

According to some psychologists, the key factors may lie in individual psychological make-up – a combination of “mindsets” – defined as enduring attitudes, dispositions and inclinations – and “propensities”, such as an individual’s tendency towards dualistic thinking, paranoia, apocalyptic orientation, transformative desire and susceptibility to the influence of charismatic figureheads.[4] It is useful to build an understanding of how these mindsets and propensities contribute to creating a “psychological climate” where a young person’s ideas and behaviours can be shaped toward extremism, tracing a trajectory from activist to fanatic to violent extremist. The dualistic, black-and-white nature of extreme ideology can be potent for individuals struggling to find meaning in a complicated world.[5]

Grievance, disinformation, indoctrination and incitement, isolation and personal trigger events can all play into creating an enabling environment for violence and/or extremism, and many theorists believe this journey to be a highly personal and individual one.[6] The psychological foundations of violent extremism share features with the psychology of extreme aggression and violence (which are not connected with, or motivated by, ideology or group action). However, there is no terrorist personality[7] or profile: as Martha Crenshaw observed in her 1981 paper, “the outstanding common characteristic of terrorists is their normality”.[8] The same histories of personal abuse or trauma that underpin many violent psychopathologies may be present in individuals displaying violent extremist behaviour, but mental illness is not a major factor in terrorist activity. So-called “every-day violence”, such as the perpetration of domestic abuse and violence against women, has been strongly linked to eventual violent extremist behaviour,[9] and may be an early warning factor that helps identify individuals with a higher likelihood of engaging in violent extremism when exposed to certain set of circumstances.

Furthermore, access to and utilisation of knowledge all play an important role in radicalisation – especially fake news and conspiracy theories, which are designed to be highly persuasive, sensationalist and use rhetoric to play on a perceived inequality or grievance. They are likely to be especially influential on individuals with dualistic mindsets and inclinations toward authoritarianism and dogmatism. In fact, conspiracy theories (such as the “great replacement” and “white genocide”) have inspired an upsurge in white supremacist violence over the past decade.[10] For many individuals searching for personal identity, the discovery of a network of likeminded others, for example on forums discussing conspiracy theories, confers a sense of belonging and validates the central narrative. The network can operate as an echo chamber where shared support and agreement offer proof of narrative soundness, and where any dissent is silenced. These kinds of networks can be highly effective in normalising and justifying violence.[11] 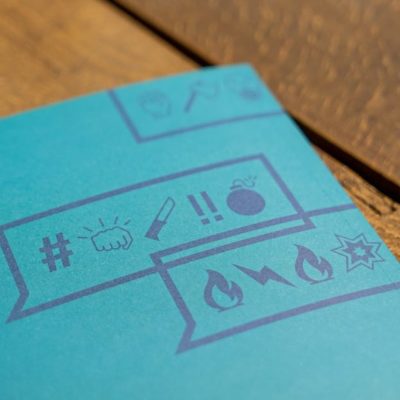