This year is the 30th anniversary of the adoption of the United Nation’s Convention on the Rights of the Child (UNCRC) – the most widely endorsed of the human rights conventions, ratified by all UN members except the United States. While there is much progress in the past few decades in enhancing and safeguarding children’s rights – be it basic healthcare, clean water, nutrition, education, etc. – there is still a lot of work to be done, not just in the world’s poorest countries, but also in rising economic powers. Quite often children’s rights and needs are neglected in these fast-developing countries’ journey to development.

Take China as an example. Previous economic reforms have liberated hundreds of millions of Chinese from extreme poverty in less than half a century. China is now among the world’s greatest economic powers, and Chinese leaders’ recent ambition of the Belt and Road Initiative is further stretching Chinese influence, both hard and soft, across the globe. While these are remarkable achievements, there are also some negative ‘by-products’ of this economic boom. Among these, within the heart of China’s economic miracle is a countless number of left-behind children who do not have a healthy and happy childhood. They are, literally and metamorphically speaking, the ones being left behind as China continues its development journey.

Who are these left-behind children?

Left-behind children refers to those children who are left behind in rural regions with their grandparents or, in many cases, are left alone with no guardians, while their parents leave to work in urban areas like special economic zones and first or second tiered cities. These are the places where businesses are clustered and good money can be earned. Attracted by the prospect of making a better living for their families, these parents, who may not have received much education themselves, are often working in garment or electronic factories. With long working hours and few entitled day-offs, many of them go back home to the rural counties only once a year, commonly during Chinese New Year.

UNICEF estimated that there were 69 million left-behind children in 2017 (around one fifth of all children in China), with around two million children living alone, parenting themselves. The UNCRC defines ‘a child’ as a person below the age of 18.

What issues do these left-behind children face?

The left-behind children face a lot of issues throughout their childhood and teenage years. In his article ‘Left-behind children: the social price of China’s economic boom’, Ye Yingzhong notes that considerable research has been carried out by Chinese scholars since 2002 showing that parental migration has a heavy impact on children, mostly negative: the lack of parental love will have much psychological impact, including on emotional insecurity, and hindered personal development and education potential. Without parental protection, left-behind children are both mentally and physically vulnerable and more susceptible to bullying and to physical, verbal, relational and sexual harassment. Research has shown that children who lack parental care are at higher risk of a life of crime.

On the other hand, due to rapid urbanization (in 2017, China’s urbanization rate was 58.52%, compared to just 17.92% four decades ago), many children follow their rural migrant parents and move to cities in China; in 2015 alone, nearly 169 million rural workers migrated to cities in China. The ever-shrinking populations in China’s rural countryside have led to the shutdown of many village schools. Even for the village schools that remain, the quality of the education they provide is low. The schools are often understaffed with dated and limited educational facilities, while low salaries demotivate teachers’ incentives to teach. This affects rural students’ learning attitudes and motivations too. Those rural children who are able to continue their education are often sent to regional boarding schools located in urban areas, far away from their grandparents, relatives or guardians. Again, they are ‘left behind’.

The problem of left-behind children in China is not a new phenomenon but has become more urgent in the past decade as the country has begun to realise how this massive demographic mobilisation and relocation have strained both children’s wellbeing and the country’s sustainable development. International NGOs and state ministries are, finally, realising the long-term consequence of this social issue and are making efforts to reduce the harm done. More and more studies regard the phenomenon of left-behind children as a hidden time bomb to China’s continued economic success.

The upcoming challenge for China is whether it can overcome the so-called ‘middle-income trap’: a situation where economic growth has come to a halt and the country is unable to transit to the next level. Recent data shows that China’s GDP growth has slowed to a 27-year low (only 6% in the third quarter of 2019 and the ongoing trade war with the US continues to weigh on the Chinese economy). The issue of left-behind children is a serious impediment to China avoiding the middle-income trap.

Why? For China, it is critical to make the transition into a higher-value knowledge-based economy, and for this, it has to be able to accumulate high-level human capital. Human capital is commonly defined as the knowledge, skills, competencies and other personal attributes embodied in individuals to perform labour so as to produce economic value. Many researchers and academics have expressed concerns about whether the left-behind children will be equipped with the necessary education and skills to become part of the ‘high human capital’ group needed to help China tackle the middle-income trap.

It is hoped that, unlike the recently overturned one-child policy (which was abolished only in late 2015 after 35 years), the Chinese government can tackle the left-behind children phenomenon and reverse the harm done in time. All in all, the appetite for fast economic growth and development should not come at the expense of children’s well-being. 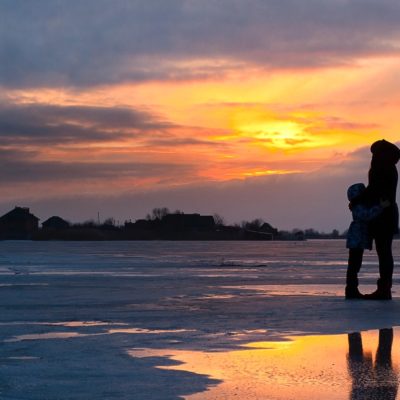 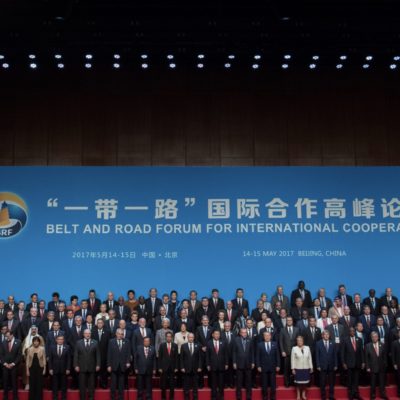 An introduction to China's Belt and Road Initiative – Theo Yeung