[fusion_text]This article is the first in a series on climate change by the Agulhas Climate Change Unit. Check back on the News and Views page for more forthcoming articles in the series.

Extinction Rebellion (XR), a people-led movement with presence over much of the planet, recently completed its first stage of protests in London. Oxford Circus transformed into a pedestrian-(and pink boat)-friendly rave, Waterloo Bridge became a communal garden, and Marble Arch emerged as a bustling meeting place for the climate movement. The London rebellion was accompanied by rebel activity across the globe. In the UK, it culminated in over 1000 voluntary arrests of its activists, and in Nicola Sturgeon, Jeremy Corbyn and the Welsh government calling a climate emergency in the UK.

The protests generated mile-long opinion pieces either praising or bashing the movement and its tactics, firmly cementing its presence in the public sphere. But where does the XR movement go from here to break the current atmosphere of climate apathy?

The UK movement has set out three broad demands for the government: tell the truth about climate extinction, act now to reduce greenhouse emissions to net zero by 2025, and establish a citizens’ assembly to make recommendations to ‘break the deadlock’ on the climate and ecological emergency. They describe these demands as going “beyond politics” to help the UK tackle the great challenge ahead, cementing themselves as neutral, non-partisan actors for climate action. The demands rightly call for the need to adopt an emergency stance on climate extinction at the state level, for a large-scale investment in carbon neutral infrastructure and for the process to be cemented in democratically participatory processes. Yet, it is worrying to see XR articulate these demands as essentially apolitical.

Climate apathy and denial don’t operate in a political vacuum, they embody power structures which value short-term economic gains and the sustainability of a fossil fuel-invested political status-quo over long-term climate justice and security. If the movement is to be successful in continuing a political mobilisation of this scale, it needs to clarify the political nuances of their vision and think strategically beyond the spectacle of arrests and party boats. The US XR branch recently added a fourth demand which calls for decarbonisation to be centred in a just transition process that prioritises vulnerable communities and indigenous sovereignty, thus implicitly acknowledging the need to integrate the rebellion in a political process.

As the UK is currently gripped by the unfolding of Brexit, the movement must make their political demands heard. With the political space increasingly narrowing down on this issue, as Brexit extremism and climate denialism both thrive in an environment of uncertainty and distrust, a bold political vision of a green future is needed to move the political machinery along. XR can and should be part of that space and articulate a new politics of the possible.

A strength of the movement has been its ability to centre climate activism on broader discussions on what constitutes a good life. The project of regenerative culture is a cornerstone of the movement’s internal mobilisation, and is seen in much of its activism on the ground. In short, it aims to envision a culture centred around a healthy, resilient and adaptive way of life. This important discussion has not had as much coverage in media, perhaps for obvious reasons, but it represents one of the movement’s biggest strengths – the courage to envision a good and green alternative.

By articulating the good life as one centred on everyday environmentalism, XR cements the idea that climate action is a necessity for everyone, breaking the stereotypes of environmental activism as elitist and exclusionary. This vision deeply resonates with many who have felt marginalised by the environmental movement’s inability to connect the grand issues of climate change to their everyday experiences, and should be something the organisation discusses more in their public practice.

The biggest asset of the movement remains the scale of its mobilisation from local groups like XR Borth to non-UK regional groups like XR West Africa. The UK rebellion had an amazing reach and managed to transform the inner city of London into a living platform for discussion and political action. While some media outlets have portrayed the movement as singularly white, male and middle-class, the reach of its mobilisation has shown that it is much more complex and representative than that. I participated in XR rallies both in London and in my hometown of Gothenburg, and saw people from all stages of life take to the streets to demand collective action for our common future. While XR undoubtedly has much work to do to connect to grassroots movements and communities who have been working within the space of climate justice, it has nonetheless had a remarkable and exciting start as a force for change in a political environment which has long marginalised climate action.

Extinction Rebellion has reinvigorated the discussions on environmentalism in the UK and cemented the language of extinction at the forefront of it. Most importantly, it has successfully captured the public imagination and I hope that this effort continues in a sustained and strategic effort that is bold, loud and politically rebellious.[/fusion_text][sharing tagline=”” tagline_color=”” title=”Extinction Rebellion, it’s political! – Hiba Ahmad” link=”http://agulhas.co.uk/extinction-rebellion-political-hiba-ahmad/?preview_id=1964&preview_nonce=88bfe1ade8&preview=true” description=”” pinterest_image=”” icons_boxed=”” icons_boxed_radius=”4px” color_type=”” box_colors=”” icon_colors=”” tooltip_placement=”” backgroundcolor=”#f2f2f2″ class=”” id=””][/sharing] 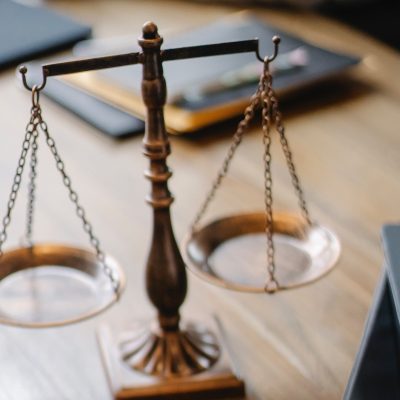