[fusion_text]The 21st century Silk Road – the Belt and Road Initiative (BRI) – was announced by Chinese President Xi Jinping in 2013. This enormous investment project aims to improve economic connectivity between two-thirds of the world’s population. It also reveals China’s ambition for global dominance, from Asia to Africa, and across Oceania to the Caribbean. According to the BRI’s official website – the Belt and Road Portal – China has signed official documents with 126 countries to date.

On 29 March, Yang Jiechi, Member of the Political Bureau of the Central Committee of the Communist Party of China and Director of the Office of the Central Commission for Foreign Affairs, gave an interview to the media. Mr. Yang highlighted that the BRI ‘has laid its groundwork and entered the stage of all-round growth’. While Beijing anticipates its trillion-dollar project will bear fruit for many years to come, this six-year-old baby has sparked considerable controversy: many participating countries are increasingly cautious about entering into what China describes as a ‘win-win’ bargain.

A key criticism is the high costs of the BRI projects, which critics describe as debt traps to participating countries. An example would be Sri Lanka, where the government struggled to make repayments on a $1.5bn new port project and, in the end, leased the port – and 15,000 acres surrounding it – to a Chinese company for 99 years. The Kuala Lumpur-Singapore high-speed rail was postponed as a result of measures taken by Malaysian Prime Minister Mahathir Mohamad to reduce national debt. Concerns about rising debt levels in developing countries have also heightened in the international community. The World Bank and the International Monetary Fund (IMF) have raised this issue at their spring meetings, with IMF pointing out that 40% of low-income countries – 24 out of 60 – are either in debt distress or at high risk of being so. Many other countries, such as Sierra Leone, Bangladesh and Myanmar, have either cancelled or reduced the size of previously negotiated deals. In addition, critics worry that China would take advantage of this debt-trap diplomacy to extract strategic concessions, such as silence on human rights violations. In 2011, China wrote off an undisclosed debt owed by Tajikistan in exchange for 1,158 sq. km (447 sq. miles) of disputed territory. Critics argue that the BRI has become a geopolitical tool for Beijing. However, Mr. Yang denied that the BRI harboured any hidden geopolitical or trade agenda.

While Chinese government officials are trying their best to defend the BRI, a report by the Washington-based think tank, The Center for a New American Security, has recently issued a report grading China’s Marshall Plan. Based on reviews of 10 projects across multiple continents for the past five years, the report notes 7 challenges imposed by the BRI on hosting nations: erosion of national security, lack of transparency, unsustainable financial burdens, disengagement from local economic needs, geopolitical risks, negative environment impacts and significant potential for corruption. It also concludes that the BRI has provoked growing international resistance, most acutely in the Indo-Pacific.

Britain’s international development secretary, Penny Mordaunt, spoke at the spring meetings to urge creditors such as China to increase transparency about their lending to developing countries. Given the UK government is one of the few OECD countries to engage with the BRI, Ms. Mordaunt’s message is clear: the UK hopes to have a positive influence on Chinese lending and construction practices – and perhaps to secure commercial opportunities for UK firms. It is definitely not the first time countries are putting pressure on China, yet changes remain to be seen.

This week, China hosts the second Belt and Road Forum for International Cooperation (25 to 27 April 2019), under the theme ‘Shaping a Brighter Shared Future’. Representatives from over 100 countries, including about 40 foreign government leaders, are expected to attend the 3-day forum. Mr. Yang states that the ‘participating parties will further enrich the vision of advancing quality BRI cooperation’. While Beijing remains confident about the shared opportunities that the BRI brings, the world is watching to see if, or how, the Chinese leaders will respond to the criticisms and resistance expressed by the international community, and in what direction the BRI will go over the next 5 years. The forum will definitely be in the limelight this week.[/fusion_text][sharing tagline=”” tagline_color=”” title=”An introduction to China’s Belt and Road Initiative – Theo Yeung” link=”http://agulhas.co.uk/introduction-chinas-belt-road-initiative-theo-yeung/” description=”” pinterest_image=”” icons_boxed=”” icons_boxed_radius=”4px” color_type=”” box_colors=”” icon_colors=”” tooltip_placement=”” backgroundcolor=”#f2f2f2″ class=”” id=””][/sharing] 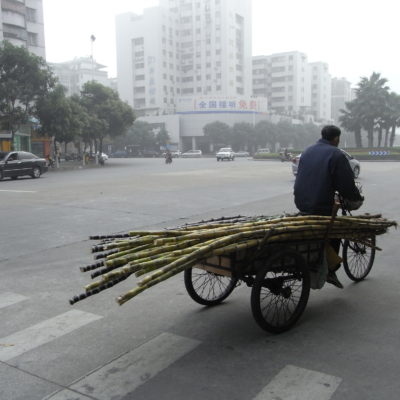