[fusion_text]The UN Global Compact for Migration is the first comprehensive international agreement establishing a common framework for the management of international migration. After a dramatic run-up, with a very public campaign to derail it and several states dropping their support, the Compact was formally adopted at an international conference in Marrakech, Morocco, by 164 UN Member States on Monday, 10 December. It was a historic moment, as migration governance is a notoriously difficult topic for states to reach any form of agreement on.

Here, we provide a short guide to the contents of, and the controversy around, the Global Compact for Migration.

A non-binding agreement with something for everyone

The need for better cooperation between the world’s states on migration has long been evident, but came to a head with Europe’s chaotic and fragmented response to the 2015-16 migrant crisis. The Migration Compact follows on from the wording on migration in the Addis Ababa Action Agenda, in which Member States agreed to “cooperate internationally to ensure safe, orderly and regular migration, with full respect for human rights”.

The Migration Compact emphasises both the human rights of migrants and the right of states to control their borders. It is aimed at achieving better cooperation between migrant countries of origin, transit and destination. On the one hand, it aims to facilitate regular migration and ensure that conditions for migrants are such that they are able to quickly integrate into the economies of their host states, enabling migrants to flourish and both host and home country to benefit from their economic activity – including through “faster, safer and cheaper transfer of remittances” to home countries. On the other hand, it aims to increase cooperation to reduce the drivers of migration (and particularly of irregular migration), by addressing “the adverse drivers and structural factors that hinder people from building and maintaining sustainable livelihoods in their countries of origin, and so compel them to seek a future elsewhere”.

The Compact is based on the guiding principles of “common understanding, shared responsibilities and unity of purpose regarding migration, making it work for all”. It aims to:

The Global Compact includes a total of 23 broad objectives for managing migration at the local, national, regional and international levels, presenting a range of relevant policy instruments and actions considered to be best practice. These objectives fall into four categories:

The compact is short on concrete measures. It is not an international treaty: it is completely non-binding and voluntary in its implementation. It merely sets out a roadmap for sorely needed cooperation between states on migration management.

A short, but rocky history

The groundwork for the Migration Compact was laid at the Leader Summit on Refugees, which took place during the 2016 UN General Assembly. The summit was the last major foreign policy initiative of the outgoing US president, Barak Obama (hence often called the ‘Obama Summit’). It ended with a joint New York Declaration, adopted unanimously by the 193 member states of the General Assembly on 19 September 2016. The Declaration recognised the need for greater international cooperation as well as a comprehensive approach to migration and refugee movements.

The US abruptly quit talks on the Migration Compact in December 2017, arguing that it would undermine sovereignty and citing “numerous provisions that are inconsistent with U.S. immigration and refugee policies and the Trump administration’s immigration principles.”

The text of the Migration Compact was finalised on 11 July 2018, without the US. It was adopted at the Intergovernmental Conference on the Global Compact for Migration in Marrakech on 10 December, after 18 months of international debate.

The road to Marrakech was bumpy: The US rejection in December 2017 was an early blow. Hungary quit the Compact in July 2018. And in late October, Austria (which holds the EU presidency), followed by Italy, Hungary, Poland and several other states, withdrew their support – only a few weeks before its planned signing. In Belgium, the heated debate and a fear-mongering social media campaign caused the government coalition to collapse, as the Flemish nationalist party quit over the Prime Minister’s support for the Compact. Huge political rows erupted in Germany, Czech Republic and the Netherlands.

An intensive campaign against the Compact on social media, which inflamed political debates in Belgium and elsewhere, claimed that the Compact removed states’ ability to control their borders, established a ‘human right to migrate’ and would make it a ‘hate crime’ to criticise open borders. The governments quitting the Compact raised similar concerns, citing national sovereignty and concerns that it would increase migration flows as the reason for not signing, although the Compact is an agreement on voluntary cooperation founded explicitly on the principle of national sovereignty.

Addressing the two-day conference in Marrakech last week, UN Secretary General, António Guterres, highlighted how false information had stirred up debate about the Global Compact and lead some governments to rejecting it outright. A number of analysts have suggested that what is in fact a rather inoffensive and weak document littered with UN-speak, has become ‘fodder for nationalism’. As the Economist drily noted, ‘symbolism trumps toothlessness’, as right-wing parties seized on a chance to stoke up migration fears.

In the end, a large number of states signed the UN Migration Compact, which – despite the campaigns suggesting the contrary – is best characterised as a non-binding promise to ‘do better’ on managing migration, for the sake of migrants and for their countries of origin and destination. Considering how difficult it is for states to reach agreement in this highly contentious and emotional area of politics, it is a major achievement. But after the last few weeks of acrimony, the question remains whether the Compact will survive its difficult birth.[/fusion_text][sharing tagline=”” tagline_color=”” title=”” link=”” description=”” pinterest_image=”” icons_boxed=”” icons_boxed_radius=”4px” color_type=”” box_colors=”” icon_colors=”” tooltip_placement=”” backgroundcolor=”#f2f2f2″ class=”” id=””][/sharing] 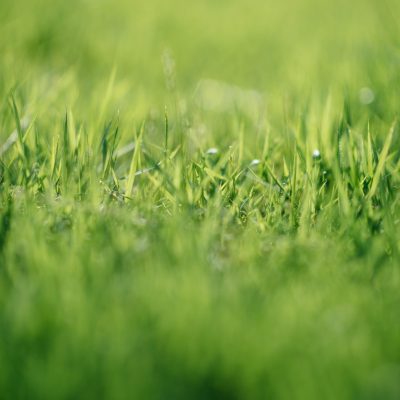